Join us for the culmination of the Freight & Salvage’s 50th anniversary year with a FREE Music Festival – a party on the street in front of the venue with multiple stages, dancing, food trucks, and family-friendly activities – on Saturday, September 22, 2018.

NOTE: Due to unforseen circumstances, Linda Tillery will not be performing at the Freight & Salvage Music Festival. Vocalist Timm Walker of BeaufunK will join the already announced lineup (Zigaboo Modeliste, Will Bernard, Melecio Magdaluyo & Wil Blades), and we look forward to having Linda back at The Freight very soon.

Due to unforseen circumstances, Mark Graham is unavailable to perform at he Freight & Salvage Music Festival. We have added Lorin Rowan with Ken Emerson to the singer-songwriter stage schedule.

Inside The Freight & Salvage

Across the street from the Freight & Salvage at 2025 Addison

11:00 AM – 5:00 PM Open house with free tours, photo opportunities & a Sunday Sampler at the School of Theatre

Look for the “Arts Passage” sign over the silver gate

BEER, WINE & SNACKS: Available inside The Freight and at Berkeley Rep

IN THE NEIGHBORHOOD: Dozens of downtown restaurants just a walk away.

Headlining the festival is a Bay Area funk supergroup, assembled just for this event. Zigaboo Modeliste (legendary drummer from The Meters) and Linda Tillery (soul, R&B, and folk vocalist and percussionist) are joined by Will Bernard on guitar, and Wil Blades leading the group as Music Director and performing on his Hammond organ.

Joseph “Zigaboo” Modeliste is a master drummer, rhythm innovator, percussionist, and New Orleans legend. The most highly-acclaimed drummer ever to hail from the Crescent City, Ziggy’s creativity has been a wellspring of funk influence for three decades, inspiring many hip-hop tracks. His innovative work as a member of the internationally acclaimed R&B group, The Meters, as well as his side work with artists like Keith Richards, Robert Palmer and Dr. John, have garnered him an unparalleled level of respect among musicians and fans. Ziggy’s style is unique. He is a master of creating funk grooves and new concepts for funk drumming. Zigaboo’s music consistently demonstrates his brilliance as the premier funk drummer of the contemporary era.

Before becoming a prominent figure in women’s music in the 1990s, San Francisco native Linda Tillery began her singing career in the 1960s with the gender-integrated psychedelic/soul band the Loading Zone, which was modeled somewhat after Sly and the Family Stone. After two albums with that band, Tillery released her solo debut, Sweet Linda Divine, on CBS in 1970 to enthusiastic reviews and high praise. She spent most of the ’70s singing and playing drums on over 40 albums, including efforts byMary Watkins and Teresa Trull. Having become a staff musician and producer at Olivia Records, Tillery released her second solo album, a self-titled effort, on the label in 1978, garnering a Bay Area Music Award for Best Independently Produced Album; Tillery has twice gone on to win Bay Area Jazz Awards for Outstanding Female Vocalist.

Critics unanimously agree that it is “bon temps, every time they play,” (New York Times).

Bang Data is an Oakland- based Latinx group led by singer/emcee Deuce Eclipse and producer/ instrumentalist Juan Manuel Caipo who spin cumbia, hip-hop and rock into a new language of sound for the people. NPR Music proclaimed, “As they continue to show off their broad-reaching musical abilities, Bang Data remains true to its mission: delivering an edgy, alternative take on folklore with incomparable style and swagger.” Performing with them for selected songs will be Non-Stop Bhangra, one of the city’s most vibrant, cross-cultural and enduring parties that continues to bring together some of the most diverse audiences seen on a dance floor.

BKO Quintet’s music is born from a meeting between five established artists. This gathering provides a journey into the heart of the contemporary Mali.

Asheba is a musical storyteller who specializes in calypso, the musical and folkloric oral tradition of Trinidad, Asheba’s homeland. Stories of hope and happiness are the focus of his songs, which range from original lullabies to fast tempo tunes to remakes of classics such as Itsy Bitsy Spider, Five Little Monkeys, Twinkle Twinkle Little Star, and You Are My Sunshine.

Alphabet Rockers are 2018 GRAMMY Nominees, known for making music that makes change. Their intergenerational hip hop concerts are the soundtrack for social justice, packing the Freight & Salvage with every Patchwork Series show for kids (age 4-10). Their music inspires families around the world to be proud of who you are, speak out and stand up for justice.

San Francisco native, Maurice Tani is a “rye-to-romantic” singer-songwriter with seven albums to his credit -the latest being The Lovers Card, released on the Little Village label. With his band, 77 El Deora, Tani has been the source of untold, but exquisite suffering on the Bay Area Americana scene for over 15 years.
Tani uses the term, “Supercalifornigraphic” to describe his particular flavor of Americana. While rooted in country music, Tani’s writing is centered on a West Coast perspective. “Though much of my material is based on fictional characters and situations, I still write what I know. I’m not particularly comfortable or interested in the rural imagery of tractors, 4x4s or general agriculture common in much country music. What attracts me most about country is the story telling side of it. My stories are more likely to be centered around an urban experience. I’m a Californian from a large metropolitan area and I write about the things that hold my attention. I think of these songs as a sort of cinema for the blind. Short musical narratives of life on the left coast.”

Claudia Russell is a familiar face to Freight audiences – you may have seen her behind the counter, or on stageat one of her dozen plus performances over the years. Accompanied by her husband and music partner, Bruce Kaplan, the duo traverses awide Americana landscape, stopping at wondrous musical landmarks along the way, tipping their hat toLaurel Canyon troubadours, string bands, blues divas, jazz cats, Village folkies and Bakersfield cowboys.

Once named one of “Nashville’s Hottest New Country Stars” by People Magazine, then dubbed,”The Storyteller… An Artist Breaking the Sound Barriers” by Ebony Magazine, Miko Marks has unquestionably blazed an unprecedented trail in Country Music.  As an all-star performer and songwriter with an unadulterated sound, Miko’s Legacy includes reaping multiple national awards such as “Best New Country Artist” from New Music Weekly. Her debut album “Freeway Bound” was named, “Country Album of the Year” at The Independent Music Awards. In recent past, she’s performed for U.S President Jimmy Carter and several heads of state, has graced Monday Night Football, Major League Baseball, been a featured guest on BET’s, The Mo’Nique Show, and annually toured the nation with The Bill Pickett Invitational Rodeo. Presently Miko continues to perform, write, record, and most importantly…EVOLVE. With her spirited talent, and far reaching musical influences Miko Marks dreams and works today towards a world where music has no borders, boundaries, or barriers.EVOLUTION IS NOW! 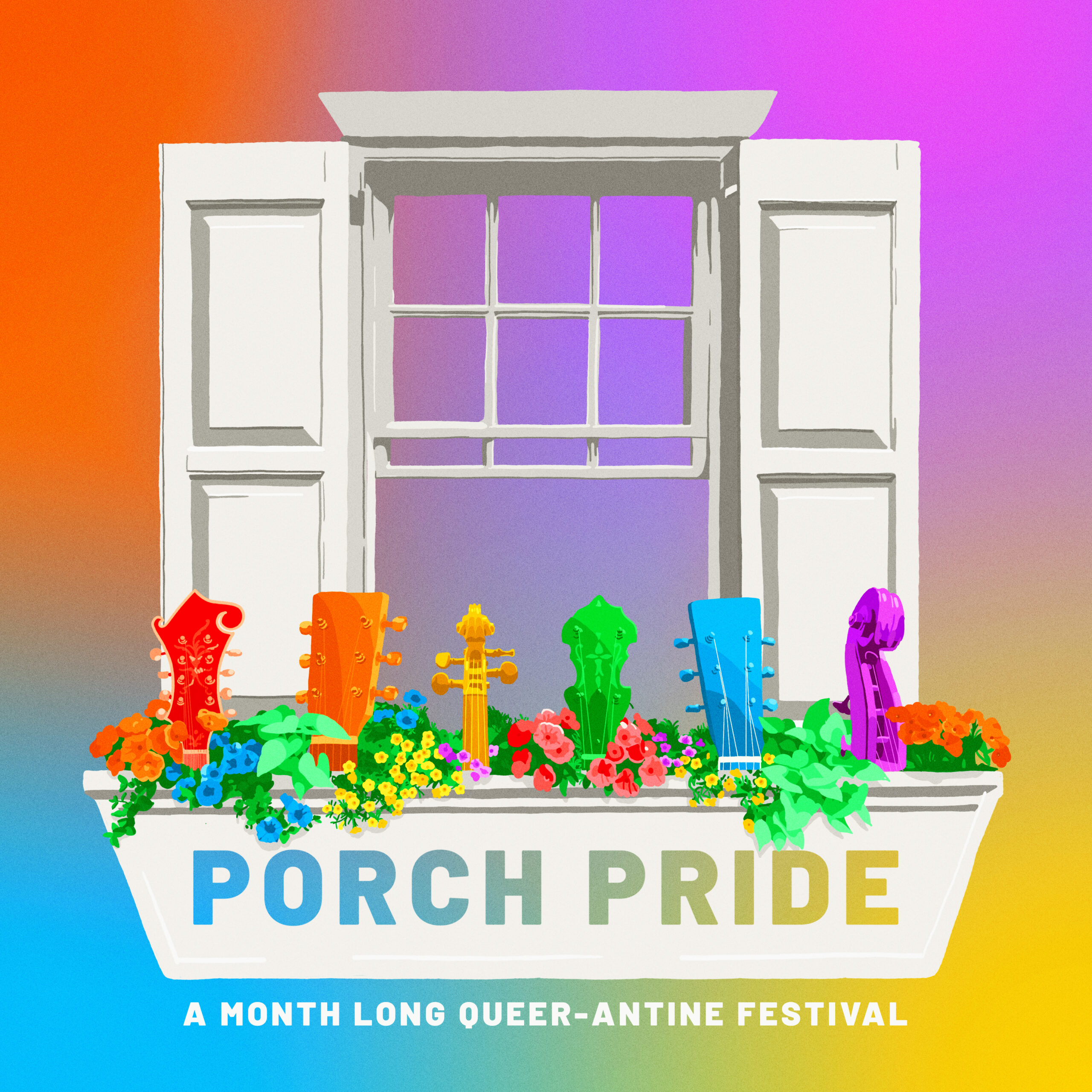