The Freight Singers is a new community chorus based at the Freight and Salvage, founded by Zoe Ellis and Bryan Dyer and currently led by Bryan Dyer and Tammi Brown. The chorus will introduce singers to music from a variety of cultures inside the U.S. and around the world with an emphasis on traditional/roots music. Participants will learn about the historical and cultural context of the music, as well as the style and technique, including basic body music techniques.

Freight Singers meet weekly IN PERSON on Mondays from 6:30 – 8:00 PM, February 7 (rescheduled from January 24 due to covid) through May 30, 2022. NOTE: Freight Singers meet at East Bay School for Boys, NOT at the Freight & Salvage (registrants will receive the address via email). Proof of vaccination with photo ID and wearing of masks is required for all attendees. 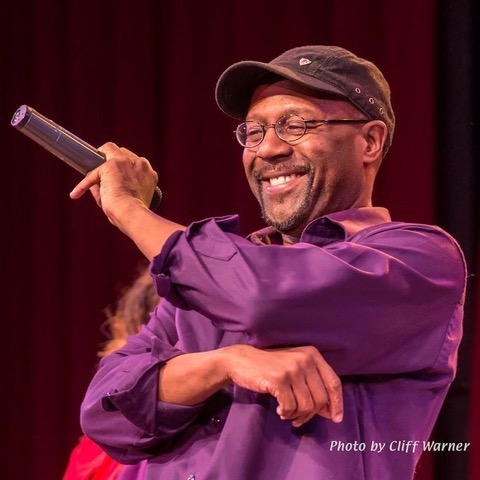 Bryan S. Dyer is a multi-talented musician who not only sings but plays and teaches several instruments including bass guitar, percussion and piano; writes and arranges music, conducts choirs and groups, and works in television, radio and film. A veteran of some of the Bay Area’s top vocal groups including Street Sounds, SoVoSo, Slammin All Body Band, Linda Tillery and the Cultural Heritage Choir and CHELLE! and Friends, he also performs with The Funk Revival Orchestra, Rankin Scroo and Ginger, Juke Joint, and the percussion and dance ensemble Crosspulse. For several years, Bryan led the gospel choir at Camp Cazadero, and was also a choir director at Beebe Memorial Cathedral in Oakland for nine years. His musical experiences have him taken around the globe and to many legendary stages including the Montreaux Jazz Festival, the Kennedy Center in Washington D.C. and Lincoln Center in New York. Bryan’s talents have landed him alongside such artist as Al Green, Bobby McFerrin, Michael McDonald, and Ladysmith Black Mambazo, to name a few. He is also a member of The Recording Academy and a voting member of The Grammy Awards.

Tammi Brown has performed with some of the most notable music industry icons known to the world including renowned music producer Quincy Jones, Stanley Jordan, Dr. Maya Angelou, Joan Baez, Spyro Gyra, and Eric Bibb to name a few. She is currently a vocalist in the two-time Grammy Award nominated vocal ensemble The Cultural Heritage Choir led by the legendary Linda Tillery, and most recently was selected to be the new voice of the Lost American Jazzbook project. Ms. Brown’s musical journey has placed her on multiple stages in more than ten countries. Learn more at tammibrown.com